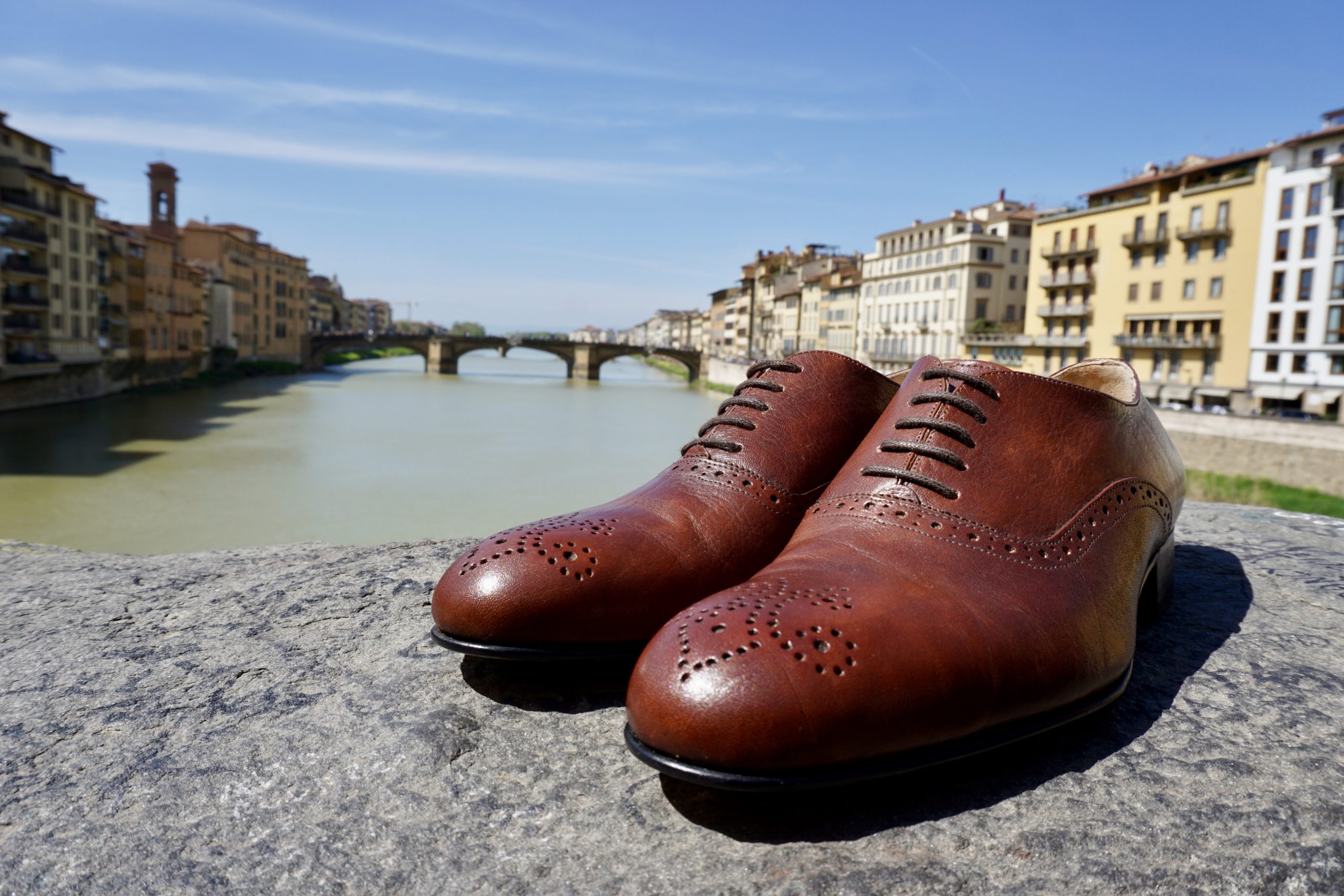 It’s early February during the internship half of my LeapYear gap year experience. I am living in Florence, Italy, at a work exchange, and I am about to wake up for my first day of doing what I came to Italy for. Shoemaking! A year prior, I had been looking for a gap year program and found myself on LeapYear’s website. I don’t know why, but when I read about the Internship portion, the first thing that came to my mind was that I wanted to go to Florence and learn how to make handmade Italian leather shoes. The journey to making that a reality was not linear, but here I was, at the Accademia Riaci.

I wanted to make a good impression on my first day of shoemaking, so, of course, I woke up at 8:59 for my 9:00 class. I leapt from bed and ran the 1.5 miles to the school like I was going for the three-minute mile, sliding into place around 9:15. I was incredibly frustrated and out-of-breath. However, the jetlag I was experiencing proved to be more powerful than my alarm.

At about eleven o’clock on my first day, Angelo, the head shoemaker, called for a coffee break. I then watched everyone in a ritual I would participate in many times over the next three months. We took off our leather aprons, put on our coats, and walked across the street for a cappuccino. Laughter ensued and we enjoyed each other’s company. This little break, that Angelo called for whenever he was feeling like a cappuccino, gave me some perspective. As I started to mingle with my fellow shoemakers, my worries dissolved. I no longer fretted about being late on my first day or wondered if I would even be good at shoemaking. I remembered—I am in Florence! I am lucky enough to be living in one of the world’s most beautiful and artistic cities for three whole months. On top of that, I am learning how to make leather shoes!

I did not want to show up late again. According to my roommates, my alarm did indeed go off at 7:30 on my first day, but I just didn’t wake up. I felt like the situation was out of my control unless I didn’t sleep, which is exactly the tactic that my body tried out the next night. I woke up every thirty minutes at least, and those time intervals decreased exponentially as the new day beckoned. Around 2:30, I checked my watch, and it was upside down. That gave the illusion that it was 9 o’clock, which gave me a heart attack that made “resting” impossible.

Eventually, I found a rhythm in this foreign place. I found a home in Florence, and I remember it so fondly. I learned that Angelo is known as one of the best shoemakers in the world. He was eighty years old and still going strong. I felt as though I was name-dropping a celebrity when I was around the shoemaking culture in Florence. When visiting the leather shop or the last factory, I would often be asked who is teaching me. Once I would say, “Angelo,” I would get special treatment. I didn’t even know his last name at the time, but everyone knew Angelo.

I even heard about how Angelo showed up in American gossip magazines. Apparently, the famous actor Daniel Day-Lewis took a break from making movies and ended up learning how to make shoes from the legendary shoemaker Stefano Bremer. Angelo was friends and shoemaking partners with Stefano and helped teach Day-Lewis. Paparazzi stalked Bremer’s shop trying to get a picture of the A-lister in the act of shoemaking. One day during a coffee break, a photo of Day-Lewis with Angelo and Stefano was taken that circulated western gossip magazines. The movie star was keen on not being seen, but of course, coffee breaks were still a necessary risk. Angelo didn’t speak a word of English, so I ended up picking up some Italian out of necessity. A common phrase that Angelo said to me was, “no bene” which means “not good.” During my first few weeks, this was definitely the most common thing said to me. However, eventually, there started to be a few “bene’s” mixed in. The first pair of shoes that I completed, a formal brown oxford with some decorative dots on the toe, received an enthusiastic “bene, bene!” from Angelo, which made me so happy.

Three months passed, and I remember it perfectly. I remember trying to find the leather shop, being amazed by the floor-to-ceiling shelves full of rolled-up leather. I recall finding the perfect shade of brown for the pair of shoes I was going to make, and then getting to work. I remember accidentally letting my skiving knife slip right into my thigh, and nervously walking to the bathroom to inspect the damage underneath my cut jeans. I can still remember vividly the steps of shoemaking, from ordering lasts that fit my feet, to sewing the upper together and then nailing the upper to the last. I reminisce about the small workshop in the center of Florence with various shoemaking projects being attended to.

I think back to my last day in Florence, watching the sun disappear behind the river that runs through Florence. I sat on the main bridge with the most delicious pizza I have ever eaten in my life, thinking that it was a shame that I only discovered this pizza place on my last night. I guess now I have an excuse to go back. 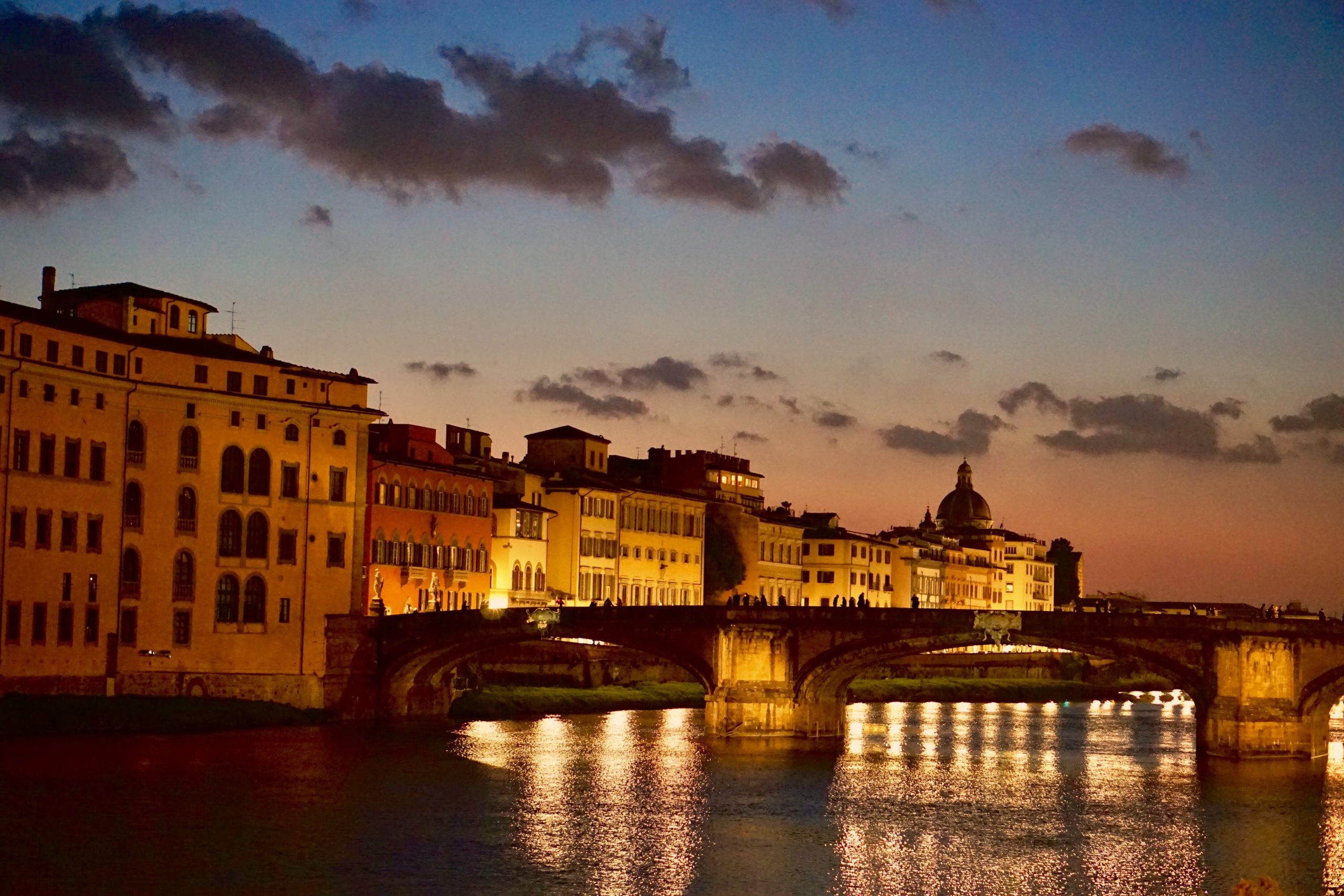 As I concluded my time in Florence I remember being so thankful for the umbrella of LeapYear. When I first started my conversation with the staff about the internship portion of the program, we were encouraged to be bold and use our wildest imagination to plan this three-month adventure. Without support from the staff, I would have never had the confidence to pursue shoemaking. I was in constant conversation with them, and that guidance is what I needed to bring my wildest imagination into reality.

I was in contact with my LeapYear peers and staff during the internship, which made me feel apart of something greater than just my experiences. I then had other friends in the program all around the world doing amazing things, which allowed me to share experiences with people who were in a similar boat. Also, the curriculum assigned ended up assisting my experience, not taking away from it, because of the way the readings encouraged me to interact with the world and with myself. A few months later, I went to a wedding outside of San Francisco. This was the first time I would wear my handmade shoes. I wore them and felt ten feet tall. I didn’t actively tell people that I made the shoes I was wearing. This experience, and the memories behind the leather separating my feet from the ground, was for me.