During the Fall semester, I had the great privilege to lead a 20-day compassion pilgrimage to the Kingdom of Bhutan along with my friend and colleague, Al Kaszniak.  Sensei Al Genkai is a Zen priest in the lineage of Joan Halifax, Roshi, and is a neuropsychology Professor Emeritus from the University of Arizona.  Together, we led fifty-five pilgrims from many walks of life on a journey to some of Bhutan’s most sacred sites and temples.  While there were a few Buddhists on the journey, most practiced other religions or no religion at all, and engaged in the journey to learn about compassion meditation. 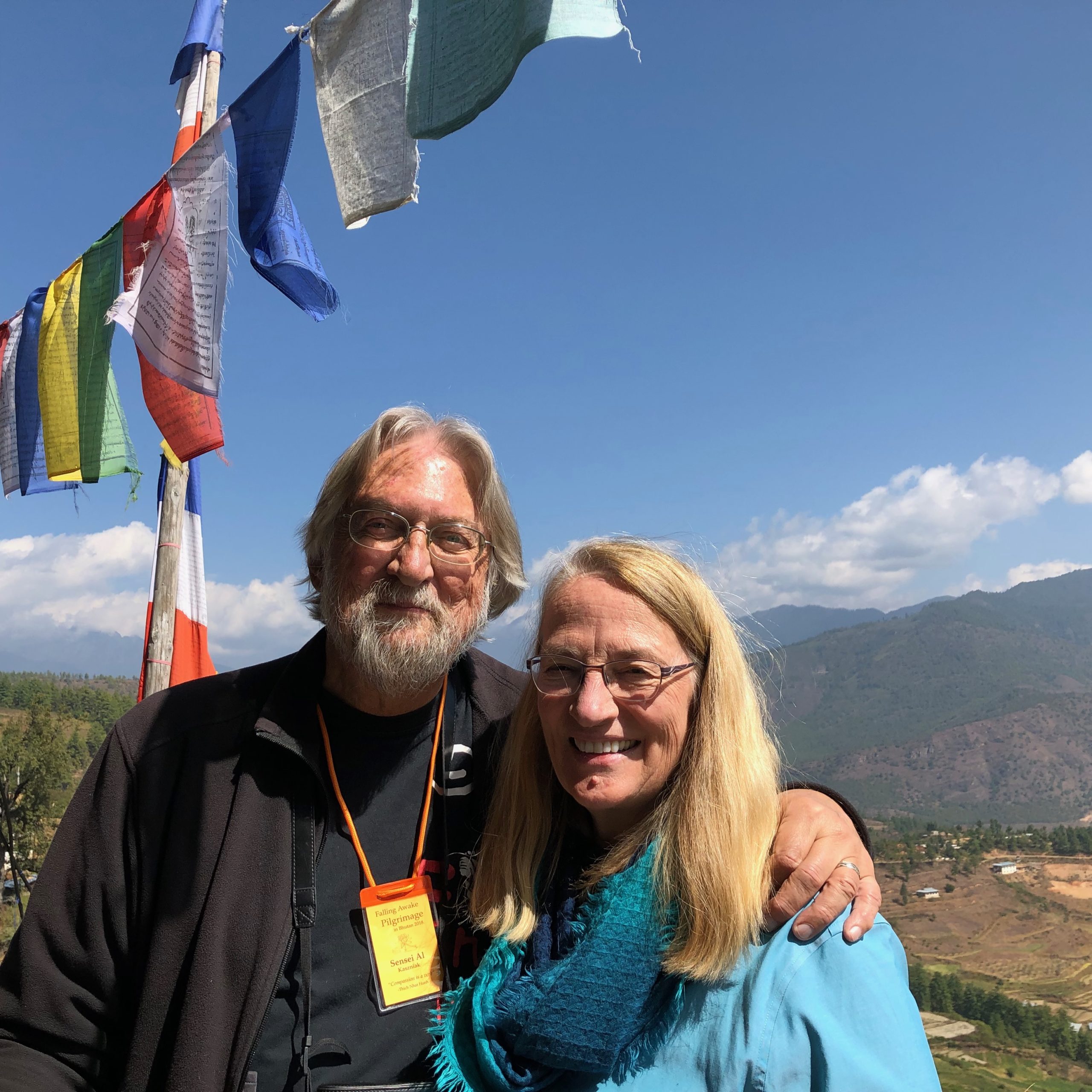 The highlight of the trip was a 5-day compassion retreat held in an exquisite small monastery outside of Paro, at the foot of Bhutan’s most sacred pilgrimage site known as Tigers’ Nest, Taktsang.  The monastery was built to honor H. H. Dilgo Khyentse Rinpoche (1910-1991), a remarkable Nyingma meditation master who served as spiritual counsel to the Bhutanese Royal Family.  The monks were delighted to have a large group practicing compassion there, and they hosted us with great kindness.

Sensei and I alternated as teachers, presenting traditional Buddhist practices from the Zen and Tibetan lineages, as well as current compassion science, with lots of interactive discussions and breakouts.  We also had periods of silent meditation, both sitting and walking.  There was keen interest in the latest scientific discoveries, and in an environment like Bhutan, the traditional practices spoke to us in a fresh way.  As the days progressed, we became more and more touched by the auspicious opportunity we had to deepen our connection with traditional Buddhism and contemporary issues, and especially with each other.  The retreat brought our group together in a profound and nurturing way. One of the topics of the retreat was wrathful compassion, the kind of uncompromising kindness manifest in the primary deities of the main temple.  Vajrakilaya, one of the most wrathful deities of Tibetan Buddhism, prominently appeared there in his form united with his consort Diptacakra.   Together they are said to fiercely remove obstacles to awakening by exposing the heart of compassion and opposing the dehumanizing forces of our time that inhibit our ability to connect with each other.  Practicing lovingkindness and compassion practices in that temple environment gave us all a new appreciation for the many faces of compassion, some of which are not nice.  When obstacles are intense, compassion must be proportionally intense.  Our closing celebration acknowledged the tenderness and connection we had developed while on retreat together.

Several guest speakers at our retreat spoke about the grand experiment that the Kingdom has engaged, developing a GNH set of principles—placing “gross national happiness” above gross national product.  On our journey, we witnessed how both rural and urban areas are pursuing economic development in a measured way that will not disrupt Bhutan’s traditional culture and spiritual values.  It is clear there are tremendous risks in this mission, as Bhutan is a very poor country situated between the powerful nations of India and China, constantly needing to skillfully appease each of them.  But with the support of traditional compassion practices that utilize wrathful compassion along with contemporary compassion science and ordinary human kindness, we all left Bhutan inspired by the Kingdom’s bold commitment and deep rootedness in the goodness of humanity.  May all beings everywhere be relieved of suffering!